Somalia is defined by a complex mix of challenges and opportunities and was once described as the world’s most dangerous country.

Despite political instability and economic struggles, people in Somalia are using technology to solve their problems.

The Frontier highlights five startups to watch out for in 2020 and beyond.

Gulivery- a door-to-door delivery service. Its founder, Deeq Mohamed, says he got the idea after moving with his wife from London to the northwestern city of Hargeisa and noticed that many of the things they bought for their home couldn’t be delivered.

While hanging out with friends, he also noticed their families would ask them to buy foodstuff they would otherwise have ordered themselves.

The startup was first launched in Hargeisa, the capital of breakaway Somaliland, before it expanded to Mogadishu in February 2018. Its founders are Deeq Hassan and his wife Sado Baroot, who started the delivery service after returning to the country from London. There were no delivery companies or e-commerce in Somalia but Deeq and his wife took advantage of the gap in the market and came up with the idea of developing a delivery app.

Most Somalis depend on traditional taxis, donkey-carts or Indian-styled three-wheeler rickshaws, mostly used in Mogadishu, to deliver commodities from markets to their homes. The hiring of taxis is an expensive affair and sometimes, you do not get exactly what you ordered.

The e-hailing service is starting out with 20 motorcycles, allowing customers to order their rides online or hail them on the street after identifying the drivers with their yellow helmet and bikes.

The platform was launched by Gulivery, a delivery startup that provides third-party door-to-door services.

The motor-taxi service makes the company the first in Somalia to venture into and digitise the motorcycle business.

While Uber-style taxi apps have existed before, those firms only used cars.

The increase in digital transportation options comes as life in Mogadishu regains a semblance of normalcy after decades of war. That has led to increased traffic in the city. The city also has a fragmented transportation system, with three-wheeled motorized tuk-tuk and hundreds of dilapidated buses servicing a fast-growing population that currently stands at almost three million people.

Getting around African cities like Mogadishu can be demanding given the poor infrastructure, insufficient street addresses, the absence of reliable public transportation, and increasing urbanization that is fueling congestion. As such, motorcycle taxis have grown over the last few years.

Saamionline is a Somali e-commerce company established in August 2014 in Hargiesa, it is one-stop shop that provides consumer-to-consumer, business-to-consumer and business-to-business.

Saami Online, a one-stop shop that sells and delivers everything from books and cosmetics to clothing and home appliances.

Since the founder didn’t have the funds to buy the goods at first, he had to show product owners that he could take their wares and deliver them to customers away from major cities.

Clients were mostly inquiring about electronics and phones, so Saami started serving underserved cities in Somalia including Kismayo and Adado, and then went as far eastern Ethiopia and Djibouti.

Samawat Energy is a female-founded renewable energy company that provides affordable, off-grid, solar home solutions to residents in Somalia through the use of a micro-leasing, rent-to-own system.

The discourse around gender and energy often focuses on women as under-served end-users. Samawat Energy sees women as vital actors within the energy sector at large.

The company does not only focus on electrifying communities, but empowering women within those communities to be more efficient in their household duties, make further gains in education, enter the workforce, and start businesses.

Not only will this provide opportunities for those often disenfranchised, but it will also help accelerate economic growth in Somalia.

Zapi is an online payment system built on top of Telesom’s Zaad mobile payment service that will allow businesses to setup their websites to process payments. Zapi’s instant payments verification solution hopes to fill the missing link necessary to make running an e-commerce business in Somaliland as simple as it would be anywhere else in the world.

Cancel reply
Related Topics:BusinessEntreprenuershipFeaturedICTSomaliaTechnology
Up Next

How to change your camera tools setting on Instagram

Looking to up your Instagram Story game? Camera Tools are a good place to start.

If you don’t know what Camera Tools are or if you are looking to change the position of camera tools, you’ve home to the right place. We’ve got all your questions surrounding camera tools covered.

Instagram camera tools are the toolbar options that pop up when you go to post an Instagram Story. The toolbar is made up of different functions that can help you post different types of Instagram Stories. It includes the Create mode, Boomerang, Layout, Hands-Free, Multi-Capture, and Level.

2. Tap on your profile picture in the upper left corner 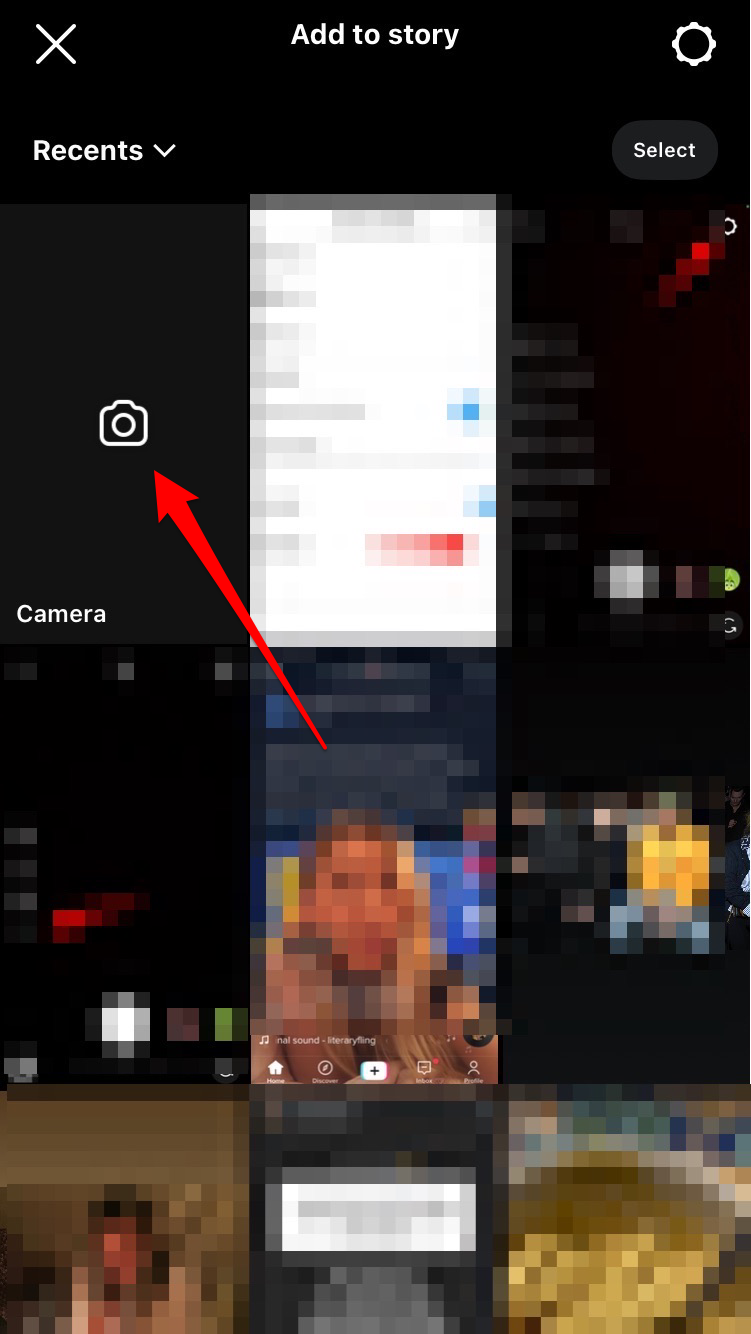 4. The camera tools are found on the left side of the screen.

5. Tap the arrow to see the full list of Camera Tools 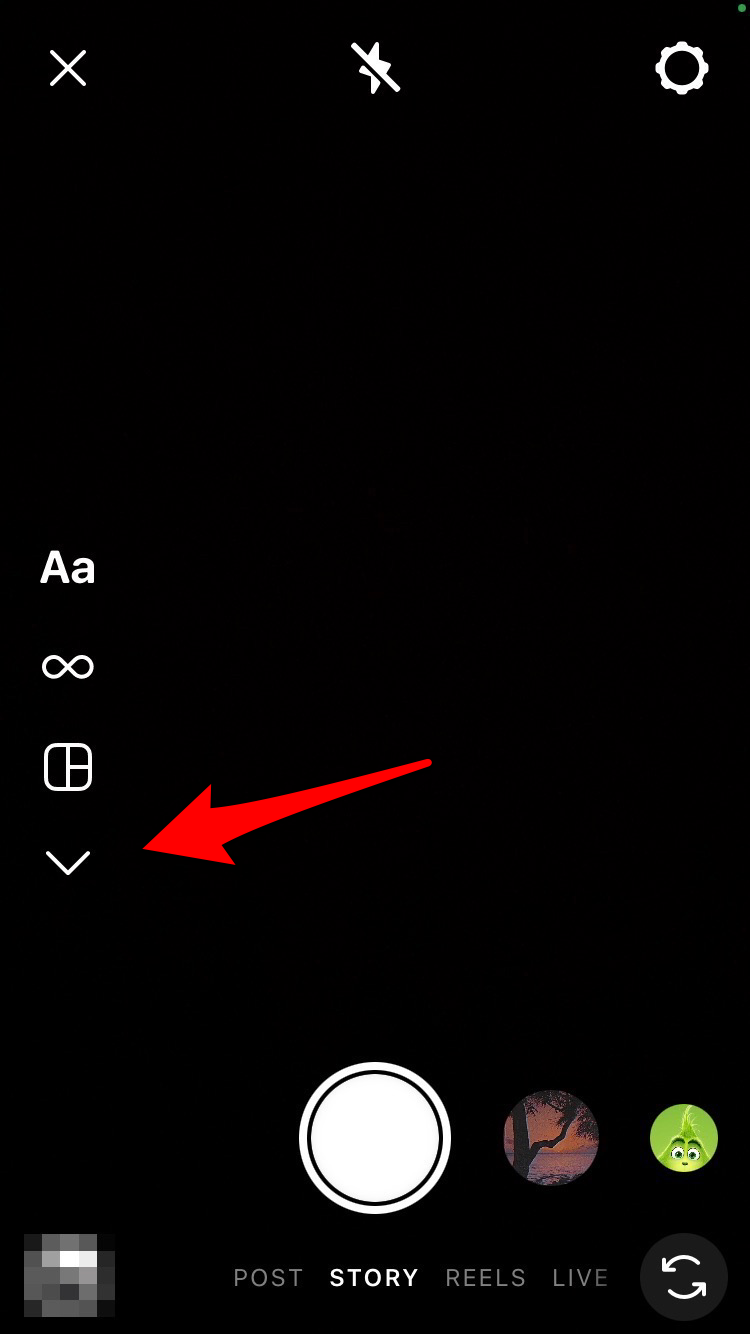 When you tap the arrow the full list of Camera Tools will be revealed. How to change the position of Instagram camera tools:

The camera toolbar is automatically on the left hand side of your screen, but you can change it to the right hand side of the screen in settings.

1. Tap the gear in the upper right corner of the Instagram Story screen 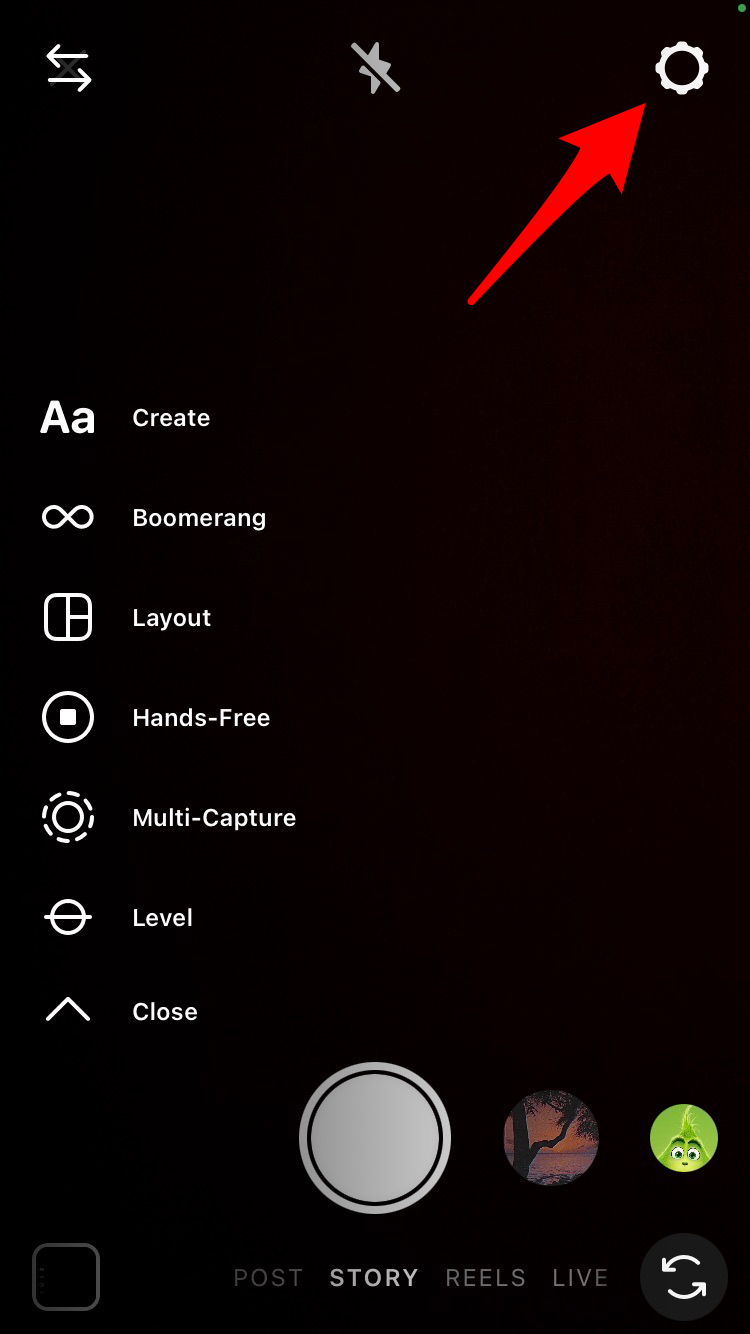 3. Tap the white circle next to “Right Side” 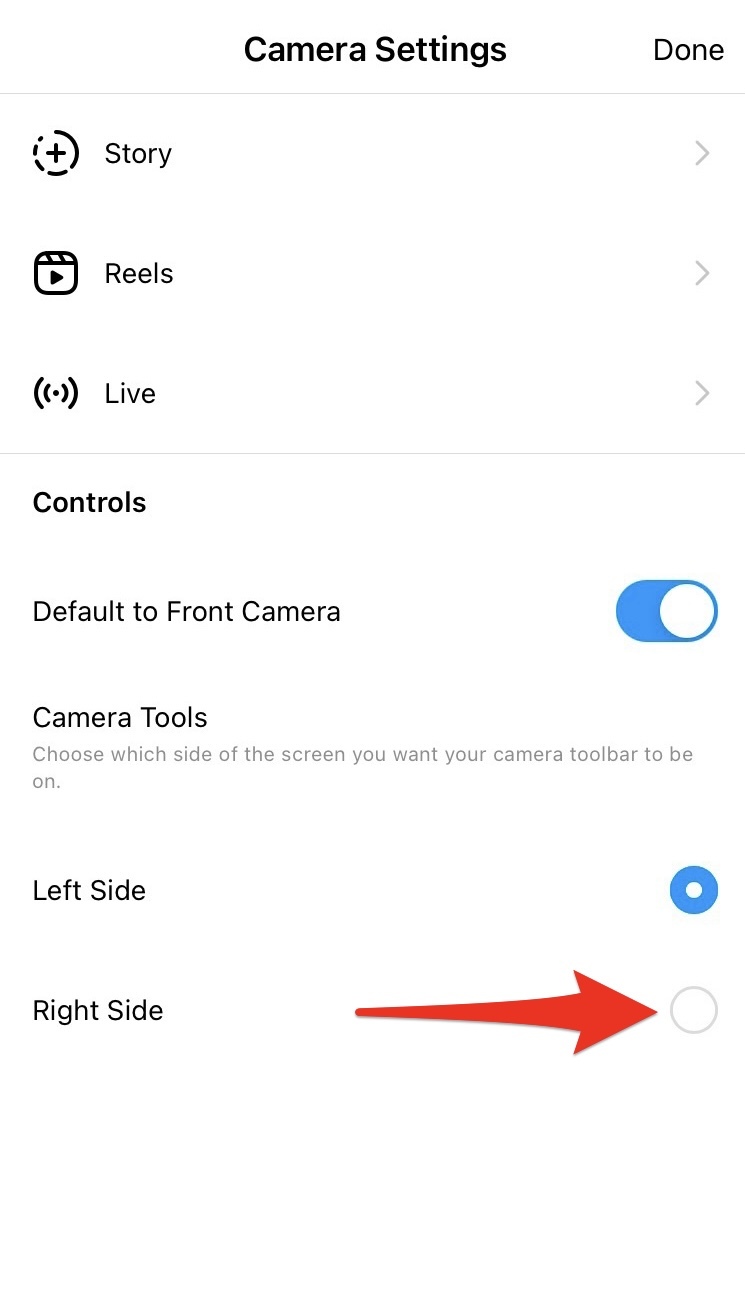 The blue circle next to Right Side indicates that Camera Tools will be on that side of the screen. 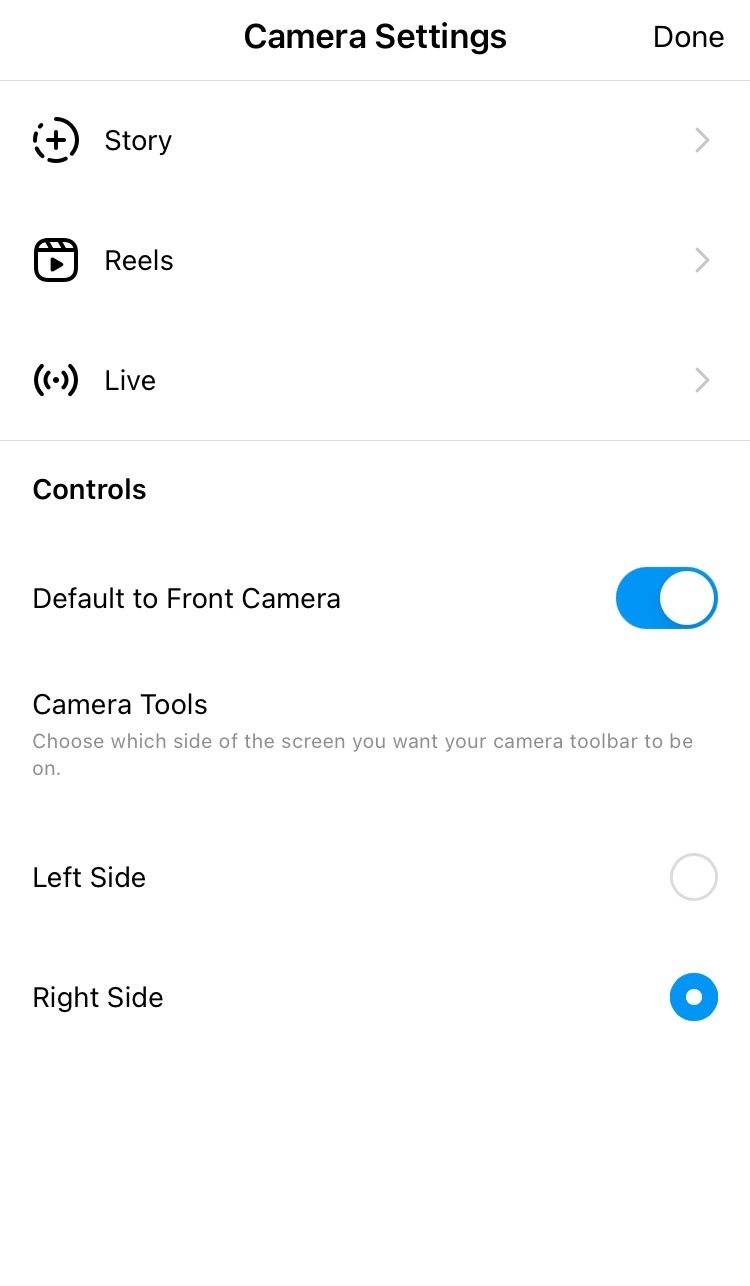 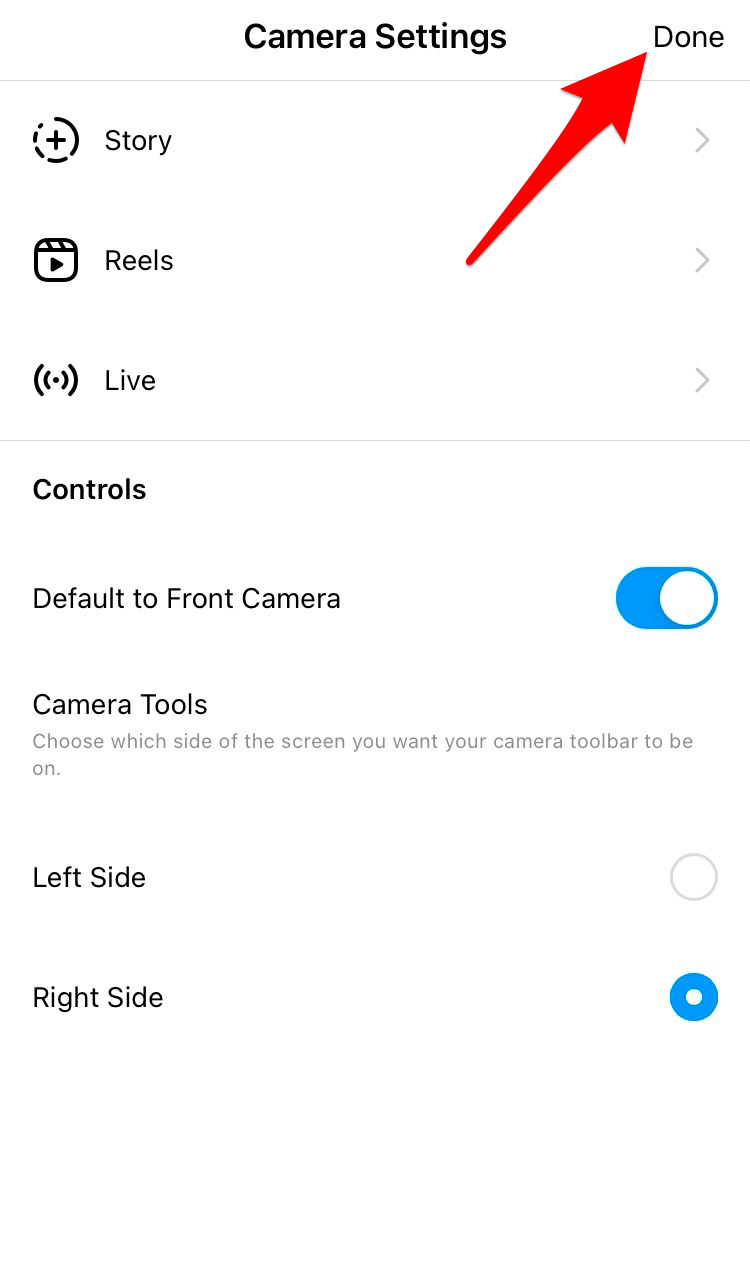 Whether you’re strictly business or getting personal on Twitter, keeping your Tweets attractive and followable requires a little attention to detail. And gaining followers isn’t as easy as losing them. Socialbakers has listed ten common Twitter mistakes you should avoid.

Excessive tweeting and self-promotion are among the many faux pas that will get you unfollowed or reported for spam. They come in three all too typical varieties:

Binge posting: There’s nothing more annoying than a column of Tweets all from the same person (or brand) posted in three minutes.

The multi-tweet: Remember this is a microblogging service. Being brief is the name of the game. If you need more than 140 characters to get your point across, then write it out in a blog and Tweet the link.

Pointless Direct Messaging (DM): There’s no need to send direct messages to new followers thanking them for their interest. Especially if you use this opportunity to direct their attention to your website or blog, you’ll see that follow quickly revoked.

On the Internet as in real life, first impressions are almost always visual, and your profile photo can set the tone for your content. So don’t stick with Twitter’s default profile image. Whether you’re Tweeting for your personal or professional brand, your profile image and cover photo should be well lit, cropped and optimized for web use.

The # symbol has had its own little renaissance thanks to Twitter. Hashtagging keywords or topics in your tweets is an effective means of tracking and participating in events, conversation and disaster recovery. But before you publish that Tweet, search your hashtags to make sure the results, if any, are consistent with your message.

And don’t add too many! A litter of hashtags will just cloud your message and make your tweet difficult to read. Lastly, avoid using the hashtag merely for #emphasis or #context. #Itsdumb.

If you’re on several social networks, change up your message and technique for each one, especially since they offer different formatting options. When Tweeting from another website (to share their content on your timeline) you’ll often have the Tweet written for you. Edit that Tweet and give it a bit of your own style before publishing.

Grammar and spelling mistakes significantly reduce the impact of your content. Take a minute to proof read your Tweet. It’s not just your content’s readability and attractiveness at stake, but repeated errors can get you ignored or reported for spam; not to mention being ridiculed by Twitter’s grammar police.

6. Don’t get involved in debates.

Tweeting your brand can be tricky when tempers flare. But one directive is to never, ever go on the offense. And never use abusive, threatening language (that should really go without saying). If you haven’t already, it’s a good idea to draw up some social media guidelines for your team to follow.

The more you Tweet, the more likely you’ll be Retweeted and replied to, building your audience on the social network. (Just avoid the habits discussed in point 1.) Keep your profile complete, accurate and updated. Tweeting regularly (with great content, of course) will attract more followers faster.

If you’re going to ask for a Retweet, do it right.

There have been some moderate (and debatable) success stories, like Chipotle’s fake hack. But follower backlash can generate a whirlwind of negative PR. It’s a risky move especially with today’s cyber sensitive headlines. So if you’re going to do it, at least be creative enough to give it a concept, or some clue that it’s a prank.

Every social network has its own etiquette, terminology and sub cultures. If Facebook is one big living room, Twitter is one big cocktail party. So strive to be personable but avoid overly personal topics. Just stay on your beat and write (and Retweet) relevant and interesting content. This and the preceding don’ts should keep your followers multiplying and anticipating your next Tweet.

Ethiopia will soon launch its own social media platform to rival Facebook, Twitter and WhatsApp, the state communications security agency said on Monday.

In June, days before national elections, Facebook said it had removed a network of fake accounts in the country of 112 million that targeted domestic users, according to a report by Business Insider.

Speaking on the development, Shumete told Reuters that the agency wants to reduce reliance on foreign technology firms that meddle in the country’s politics. However, it does not plan to block the global services. He added that Ethiopia drew inspiration from China, which bars US social media platforms like Facebook and Twitter, encouraging citizens to use homemade alternatives.

Ethiopia’s cracking down in Tigray.

On November 4th, 2020, the observatory NetBlocks released network data from Ethiopia confirming an Internet disruption in the Tigray region. Prime Minister Abiy Ahmed announced the launch of a military campaign against Tigrayan rebels on Facebook and Twitter, and in the hours that followed, phone lines and Internet access across the country were shut down.

With the start of the war, it was in the government’s interest to maintain total control over the narrative. However, several human rights groups have criticised the Ethiopian government for unexplained shutdowns of Internet services. They cited many economic and humanitarian concerns contributing to the gradual worsening of the situation on the ground, adding that the war has destabilised the populous country in the Horn of Africa, leaving thousands of people dead with 350,000 others living in famine conditions.

Shumete declined to comment on a timeline, budget and other details about the country’s progress on the social media platforms. However, he told Reuters, “The rationale behind developing technology with local capacity is clear … Why do you think China is using WeChat?”

He also said Ethiopia had the local expertise to develop the platforms and would not hire outsiders to help.