Which countries have no snakes at all?

Very few, as snakes are a very successful and wide-ranging group of reptiles. In fact, there are only two countries which have no native snake species. They are Ireland and Iceland.

Iceland is over a thousand kilometers from the nearest snake-inhabited land, and is thus far too isolated to be colonized by serpents – in fact, Iceland has no reptiles or amphibians to speak of, and only one native land mammal (the Arctic fox, which probably got there via sea ice).

Then there’s Ireland, which is a bit more fortunate, harbouring one species of reptile and three of amphibian. The island of Ireland was once connected to mainland Europe; along with Great Britain, it formed a landmass called Doggerland. However, the Pleistocene landbridge was covered in ice, and when that ice went away, sea levels rose and Ireland was once again cut off.

But what about Greenland? Greenland’s an autonomous region of Denmark, so it doesn’t count as a country.

But what about Antarctica? Also not a country.

But what about New Zealand? Now this is interesting, as New Zealand is usually cited as being snakeless. However, it shouldn’t be in my book – various sea snakes, such as the yellow-bellied sea snake, are found in New Zealand’s water. 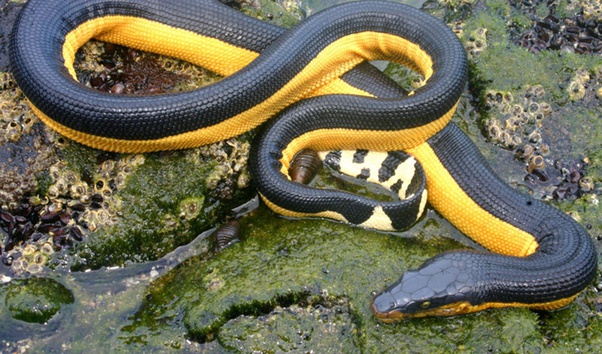 So, it turns out there are only two countries which have no snakes at all, though some – namely Russia, Canada, the US, Chile, Argentina, NZ, and the Scandinavian nations – have large regions where snakes do not occur. Also, the UK, France and (ironically) Australia should be in there, since they own parts of Antarctica.

Cancel reply
Related Topics:FeaturedIcelandideasIrelandSnakes
Up Next

What is the population of Somalia?

How to save data and storage on WhatsApp

Joyce Vincent was a 38-year-old woman from London with a family and friends. It over two years for people to realize she had died.

Joyce Vincent’s apartment that is on the messy side with piles of unopened mail by the door and a sink full of dishes. There’s a glow from the television playing BBC1 and a pile of wrapped Christmas presents waiting to be sent out.

This was the state of the apartment that belonged to Joyce Vincent when officials from a north London housing association entered it. Vincent was there too. However, she was almost entirely unidentifiable. Her body was mostly decomposed, as she had been dead for just over two years.

Joyce lived in London in a bedsit, a type of social housing in the United Kingdom. The officials who came to her apartment on January 5, 2006 were there to repossess it due to unpaid rent. Though, it’s estimated that she died sometime in December of 2003.

Neighbors didn’t really know her, thus didn’t really notice her absence. The only detectable thing was a bad smell, which they attributed to garbage bins below the apartment.

Joyce was found on the floor, clutching a shopping bag. Because her remains were mostly skeletal, she was only able to be identified through dental records. It also had been too long to determine a cause of death, though police suggested she died of natural causes after a criminal investigation ruled out any foul play. Joyce reportedly had asthma and it’s been speculated that she may have had an attack.

With a cause of death essentially placed, only one question remained: how could someone be dead for two years and no one take notice?

Not that anyone deserves to die and go unnoticed for several years, but it was particularly strange that nobody seemed to know Joyce Vincent had passed away. She was 38 years old, she worked for most of her life, she had family and friends, and wasn’t known to be on drugs or in any legal trouble.

Carol Morley, a filmmaker who read about Joyce in the news, was so perplexed by the story that she decided to make a documentary title Dreams of a Life on it. In doing so, she tracked down people like ex-boyfriends and old colleagues of Joyce who could possibly shed some light on her mysterious death.

Martin Lister had dated Joyce Vincent for three years and kept in touch with her sporadically until 2002. He only learned of her death when he saw Morley’s ad for people connected to Joyce. The revelation shocked him as he told Morely that she was a hard worker who had great jobs.

Lister was also surprised that she had been living in public housing.

As more people came forward and more details emerged, it seemed that Joyce’s life was shrouded in mystery.

She had worked for the big accounting firm Ernst & Young until she quit in 2001 without giving a reason. Colleagues recalled conflicting stories about her departure. Some said she was traveling with a group of 20 people, others said she had been headhunted for another job.

An article from the Glasgow Herald reported that friends categorised her as someone “who walked out of jobs if she clashed with a colleague, and who moved from one flat to the next all over London. She didn’t answer the phone to her sister and didn’t appear to have her own circle of friends, instead relying on the company of relative strangers who came with the package of a new boyfriend, a colleague, or flatmate.”

It was also revealed that Joyce spent time between her departure from the firm and her death in a home for refugees of domestic violence.

As for family, she was the youngest of five sisters but the only one living in the U.K. Her father worked as a carpenter and her mother died when she was just a child.

Joyce had apparently isolated herself from her family in the years before her death, presumably because of the man she had chosen to date.

While the amount of time that went by after Joyce Vincent’s death continues to be baffling, it’s become clear that the life she seemed to lead didn’t always match up with what was happening beneath the surface.

It’s an ironic and coincidental tale. In the age of social media, where everyone is so connected, the idea that a seemingly average person could remain dead for over two years without anyone raising a question sounds crazy. But at the same time, just as people have a tendency to post their best selves on social media, it’s possible Joyce Vincent did this in real life. Nobody knows what happens behind closed doors.

Joyce Vincent’s story is as sad as it is strange. People like Martin Lister who knew her and found out about her death wished that they’d had stayed in contact and checked in with her more often. It serves as a reminder that person-to-person communication still has its place and is important.

Cristiano Ronaldo has stopped dribbling but Messi hasn’t. Here’s why.

Cristiano Ronaldo, over the years, has made many changes to his approach towards games in recent years and is more of prolific goalscorer.

The Portuguese even admitted he no longer walks onto the pitch wanting to dribble past everyone.

The former Juventus and Real Madrid man was once regarded as one of the fastest players in the world but as age has caught up with him, he is no longer the pacy winger the world witnessed in his early Madrid and Manchester United days.

Ronaldo has a different mentality to Messi. Ronaldo is described by teammates and coaches as borderline insane in how obsessed he is with winning and scoring.

As a result of playing in the UK where skill is less regarded, some natural talent, as well as this abnormal obsession with personal success, we ended up with a player who became a goal-scoring machine. He doesn’t have time to dribble. You can see that efficiency is at the heart of all of his movement and play.

Ronaldo was magnificent in his first season or two. He was skillful. He was magnificent. And probably the most skillful European player ever at that age. Other notable players in that category are Bergkamp, Henry, Figo, Mbappe.

However, with Ferguson as a guide and teammates who only cared about winning, his ‘new style’ made him an automatic choice in the starting team and within a year or two best player in the EPL.

So his dribbling stopped in England. If he does now it’s just to make a small space to shoot or score.

Messi is just a different kettle of fish. He is a South American (skill is highly rated there) and was raised in best academy for producing skillful players in Europe. Therefore his game has a somewhat European efficiency but he retained the South American style.

On a body mechanics level, he is a left footer which makes the angle he dribbles at harder to defend, he is tiny, insanely quick and very strong. Therefore his skill works more or less all the time. He hasn’t ‘needed’ to adapt his game to have success. That’s why he is somewhat one dimensional but for Barcelona with such other great players around he is an immortal.

What is the population of Somalia?

The current population of Somlaia is 16,410,958 as of September 2021, based on Worldometer elaboration of the latest United Nations data.

The population of this Horn of Africa nation is equivalent to 0.2% of the total world population.

The country ranks number 73 in the list of countries (and dependencies) by population.